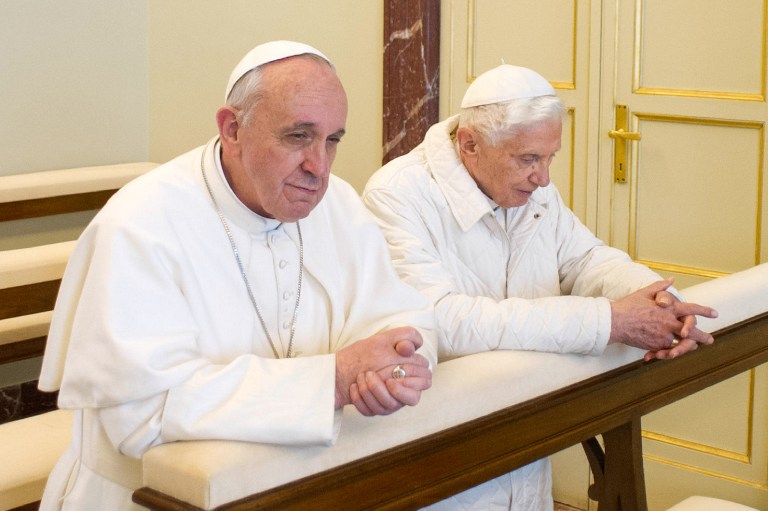 Documents released today shed light on a power struggle within the highest offices of the Catholic Church. Amongst the documents is a private letter written by Pope Francis. The existence of this letter, addressed to the papal envoy Cardinal Raymond Burke, has been the source of much speculation in the media [1]. It is now published for the first time in full and with the Pope’s signature.

This letter concerns the Sovereign Military Order of Malta, also known as the Order of Malta or the Knights of Malta, originally founded in Jerusalem during the Crusades in 1099. As the name indicates, it has been widely recognised as a sovereign entity in itself despite theoretically being subject to papal authority as a Catholic institution.

This ambiguous status cuts to the heart of the dispute as it reached a fever pitch after Pope Francis forced the abdication of Matthew Festing as Prince and Grand Master of the Order in January 2017. A month earlier Festing had dismissed the Order’s Grand Chancellor Albrecht Freiherr von Boeselager.

The reason for the dismissal is said to be that Boeselager, who served as health minister for the Order, was held personally responsible for having approved funds for an aid mission in Africa that distributed condoms, amongst other things. This directly contravenes Church teachings on contraception and Festing was adamant that Boeselager be held responsible.

Boeselager, however, appealed to Pope Francis, who in turn deeply undermined the Order’s independence and sovereignty by appointing a papal commission to investigate the matter and report back to the Holy See. Boeselager was subsequently reinstated at the same time as Festing was ousted. The papal letter, shows the Pope was aware of and involved in the dispute since at least November 2016 when he met with Cardinal Burke.

The Pope’s dramatic moves in January 2017 effectively abolished the sovereignty of the Order and have been described by its harshest critics as the annexation of one country (the Order) by another (the Holy See) [2]. Members of the Order even went so far as to challenge papal authority on the matter and refused to co-operate with the Vatican’s investigation [3]. This is seen by many observers as part of a larger power struggle between conservative and liberal elements within the Church, represented by Festing and Boeselager respectively (for example, [4]).

Adding yet more intrigue to the tale are rumours that some high-ranking members of the Order have also attended Masonic lodges or other organisations deemed suspect by the Church [5]. Some of this seems to be confirmed by the Pope’s letter, which is dated 1 December 2016 (over a month before Boeselager was reinstated and Festing dismissed).

In the letter Pope Francis states: “In particular, members of the Order must avoid secular and frivoulous (sic) behaviour, such as membership to associations, movements and organisations which are contrary to the Catholic faith and/or of a relativist nature.” He goes on to state that any members of such organisations need to be removed from the Order.

Regarding the condom scandal at the heart of this matter, the Pope states: “I would be very disappointed if ‒ as you told me ‒ some of the high Officers were aware of practices such as the distribution of any type of contraceptive and have not yet intervened to end such things.” He further states that: “I have no doubts that by following the principle of Paul and speaking the truth in love (Ephesians 4:15), the matter can be discussed with the Officers and the necessary rectification obtained.”

The letter also confirms that Cardinal Burke had an audience with the Pope on 10 November 2016 to discuss the mounting crisis. This was before Boeselager was even removed by Festing. The text of the letter makes clear that the Pope was already committed to asserting his authority over the Order at this early stage. He writes: “Your Eminence, together with the leaders of the Order, will have to make ever more clear the close connection which unites the Sovereign Military Order of Malta to the Roman Pontiff, both from a structural and operational point-of-view.” Along with the Pope’s letter to Cardinal Burke, we have published several other documents relating to the dispute. These include internal communications and memos, some of which have been quoted in the media.